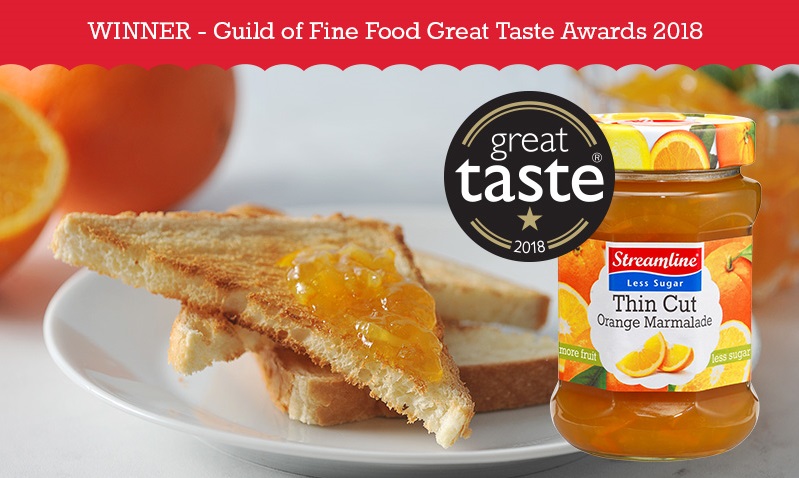 ‘This has a long finish and is a very pleasing example of Seville orange marmalade’ and ‘Visually the judges were impressed with the colour and texture. The peel was soft and cut nicely. The consistency of the marmalade was soft and delicate. Great length of flavour’.

Streamline is all about putting flavour first. Whilst the thin cut marmalade is prepared with 30% less sugar than standard marmalades, it’s also packed with double the fruit.

Séverine Brault, Marketing Manager at Streamline Foods said: ‘We and our loyal consumers know that making healthier food choices shouldn’t mean you have to compromise on taste. So for Streamline’s quality and flavour to be recognised by Great Taste and the Guild of Fine Foods is absolutely fantastic. It is a testament to the pride and passion of everyone involved.’

The Guild of Fine Food Writers Great Taste Awards are the world’s largest and most trusted food and drink awards. Each product is blind-tasted by selected chefs, buyers, restaurateurs, food critics and journalists. Only 40% of the 12,634 entries were deemed delicious enough for an Award this year and Streamline marmalade was one of them!