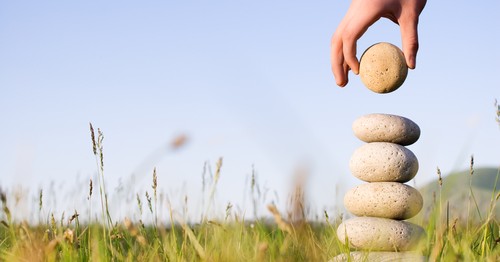 The colder months are often associated with health issues however the summer brings along its fair share of bugs and sickness too. So here are a few things to be aware of and prepare for once the sun has arrived!

Heat related issues are very common over the summer months for obvious reasons. Such problems are likely to affect the very young ones and older individuals more. From spending less time outdoors at the hottest times of day to simply keeping hydrated, wearing a sun hat, splashing in cool water and using sunblock, there are various ways to help mitigate the dangers of the sun.

Food poisoning is far more common over the summer than in the winter. The heat and humidity offer the perfect conditions for bacteria to breed and flourish. During warm spells, always keep perishable food refrigerated, including your opened jars of jam or marmalade. Also make sure that you adhere to sell-by dates even more strictly than usual.

The most common summer health concern will be hayfever and just because you or your children have never had it in the past, it doesn’t mean you will be safe from the perils of pollen. Many people develop hay fever spontaneously and in turn are completely ill-equipped to deal with it. It is therefore wise to have antihistamines on hand to ease symptoms should they arise. Air pollution, increased stress levels and genetic predispositions have all been blamed for the rise in hay fever cases. But no matter why it arises, if it does it can spoil your summer fun.

With pollen levels high, not only is hay fever likely to lead to sneezing, streaming eyes and running noses. But those with breathing concerns such as asthma are also likely to be hit hard. From extended time spent outside to the higher humidity experienced in the summer. There are many reasons why asthma may well be worse in the summer months. Keeping medication and inhalers replenished and readily available as well as staying inside when the pollen count or humidity is particularly high may be a wise idea for adults and children alike who are faced with breathing difficulties.

Spread by ticks who love the summer heat, Lyme disease is estimated to affect around 3,000 people in Britain each year. Common symptoms include a pink or red rash and flu-like symptoms. However, when left untreated it can also cause muscle pain, swelling and even mild and temporary paralysis. Whilst there is no vaccine, such dangers can be mitigated by wearing insect repellent and avoiding heavily wooded areas. It also helps to wear long-sleeved shirts and to be on the lookout for ticks when you are in the countryside.