More ways to use marmalade, beyond toast! 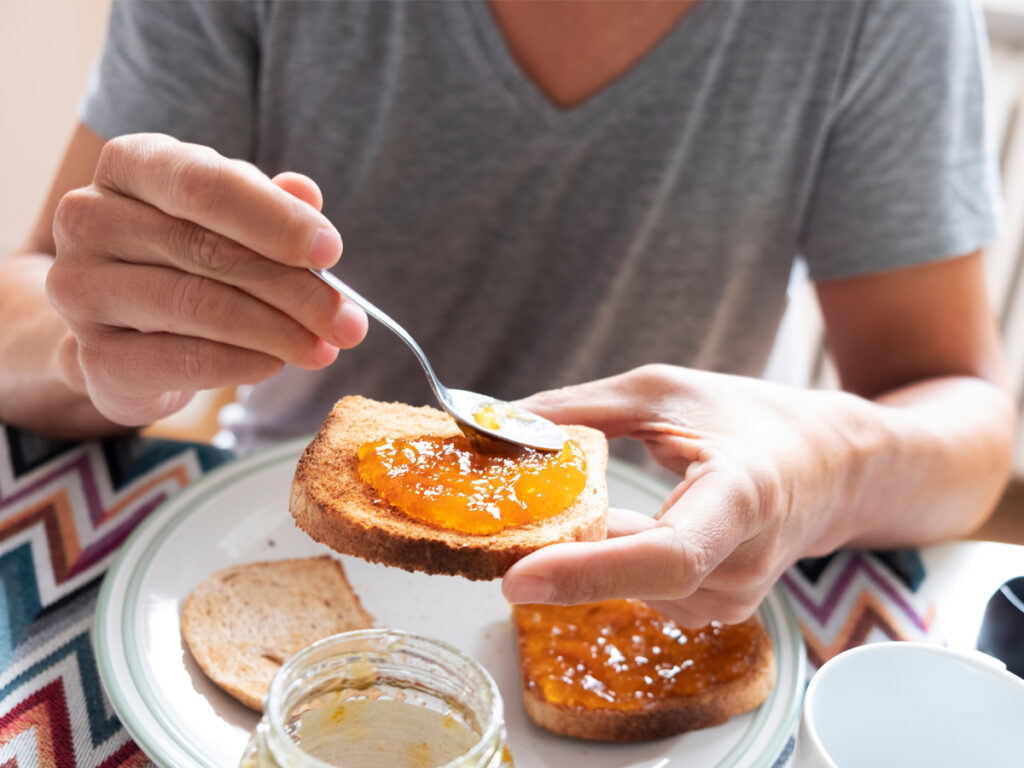 Staple or neglected store cupboard ingredient? January is marmalade month and as we celebrate Paddington Bear’s favourite sandwich filling, we take a look at just how versatile this tangy citrus jewel really is. So, marmalade lovers, this one is for you. Spread it on toast, spread it on bread, spread it on a croissant of course. But marmalade can also work wonders and transform many other dishes. From breakfast to dessert and even fish, here are more ways to use your favourite sweet and zingy Seville orange preserve with a little less sugar as always.

Make a zingy frosting: Beat together 175g of light cream cheese and a tbsp of reduced sugar orange marmalade to frost a carrot or chocolate cake.

Add sunshine to porridge and yogurt: Swirling jam in your morning yogurt or porridge oats is nothing new, but why not try it with orange marmalade? Top with your choice of toasted nuts for extra crunch. Or, check out our new immunity boosting porridge recipe idea!

Whisk it into salad dressings: Ziggedy, zaggedy, zoom! Take your vinaigrette to a different level by adding a spoonful of Streamline less sugar marmalade. It will give your salads a wonderful zing that is just sweet enough.

Drizzle it over a cake: Swap the lemon drizzle for a marmalade-glazed bake instead. The slight bitterness of marmalade can really complement a sweet cake. Forks at the ready!

Jazz up your meat (or your fish): The tender meat of chicken and the tangy marmalade really do go hand in hand. Try it with a marinade of soy sauce, garlic, ginger and Streamline less sugar orange thin cut marmalade. This sweet zesty twist is also lovely on grilled fish.

Liven up your veggies! Fry cumin seeds until they become fragrant and stir in some Streamline thin cut orange marmalade and soy sauce. Toss your warm vegetables in the marmalade glaze before seasoning. This is great with carrots and broccoli; it’ll give them a tangy, sweet kick that works wonders.

It’s a gammon’s best friend too! Ditch the honey glazed ham for marmalade-glazed ham instead. It’ll give it a crisp, golden coating and will leave your meat tender and sticky in a good way!

Top up your pancakes with a golden surprise:  Forget the traditional lemon and sugar. For pancakes that feel indulgent but make for a great healthier family breakfast option, follow the recipe for our Chocolate Orange Wholemeal Pancakes!